WotC announcement and what it means for the OSR

Yesterday, during my usual rounds of checking blogs and looking for GenCon news, I came across this post from Mythmere (Matt Finch).

It seems along with some D&DNext announcements WotC has stated that starting next year they will be releasing the back catalog of D&D products from 'all editions' in electronic format.

The first thing that that came to mind was "wow I can't believe they are actually doing something people want".  Now forums across the RPG community are discussing what this will mean, whether the electronic format will be PDF or some sort of other DRM format.  Even if it were the case, I think this is a great thing.  WotC will presumably be making available classic modules like the GDQ series and the original Ravenloft.  My heart flutters at the thought of Dragonlance materials being attainable. 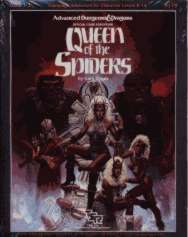 Of course, a lot of this material is already available out there in the internet, but WotC is giving a legal path to getting these materials.  Having once removed their PDF materials years before, perhaps they have realized any lost revenue is already lost and it's time to get some sales.  I suppose this will be their revenue stream for the D&D brand while D&DNext is in development for 2 years.  I only hope the quality of whatever scans or re-doctoring they do is good.  I also hope they don't quit part way through this endeavor.  One has to ask, what qualifies as material that can be reprinted?  Are all the 2E splatbooks going to be released?  Does Basic/BECMI D&D count as an edition?  I guess we'll have to wait for more news.

All this said, this puts the OSR in a precarious position.  Those who have been using the original books for years will have access to electronic versions and other official material for their games.  This is mostly a good thing.  Though it will also mean a division and possible marginalization of those who have been independently writing their own old school materials that work with the game rules as represented by the retro-clones.  It will be a balancing act I think for those in the OSR.  For someone like me who hasn't experienced a lot of the old material first hand, I'll be heavily interested in checking out some of the iconic legacy items.

The final consideration is that for retro-clones.  In the past few years they have served as vehicles for developing material for the old editions of D&D and getting quality prints of said rulesets into gamers' hands.  My book shelf is already lined with some of them.  With this announcement one wonders what the future of these retro-clones will be.  With the 'official' versions available again in some format, some people may just use those.  However, until we understand what we can do with printing out our electronic copies or some Print-On-Demand solution, I think the print versions of the retro-clones may see a surge.   I know I'd rather have a book at the gaming table and the print retro-clones provide a cheap alternative.  If you were to buy the AD&D reprints, all 3, it would cost well over $100 US dollars.  By comparison, the OSRIC rulebook costs only $26 and contains most of the relevant rule information for that ruleset. 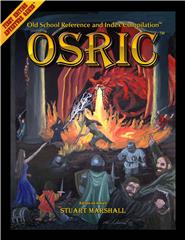 The way I plan on doing things is leveraging the compatibility of all the old rulesets.  AD&D and the original books (which are translated as Swords & Wizardry) are close enough in terms of rules that I can run nearly any Basic/BECMI or AD&D module with S&W.  I'll continue to support the S&W ruleset, while getting some of the materials from WotC.

I was once loath to give WotC any more money after 4E came out, but it seems WotC is just wily enough to find a way.